It was a maiden platinum title for Team Dunlop player Diego Elias last week as he was crowned champion of the Qatar Classic. A monumental achievement from the ‘Peruvian Puma’ and a huge step forward in his career.

The final saw him go up against his good friend Paul Coll. Coll arguably started better, with lengthy rallies playing into the Kiwi’s favour. However, Elias fought his way back into it and saw him send the game into a tie-break, as he saved several game balls before eventually taking it 13-11, winning the game with his first opportunity. The World No.8 was able to continue his high quality squash into the remainder of the match. He held off Coll to win 13-11, 5-11, 13-11, 11-9 and become the first Peruvian to ever claim a major title on the PSA World Tour.

This win has also meant that he now qualifies for the CIB PSA World Tour Finals planned to take place in Cairo in June, 2022. The event includes both a men’s and women’s tournament featuring eight players each, bringing together all Platinum title winners as well as the reigning PSA World Champions. 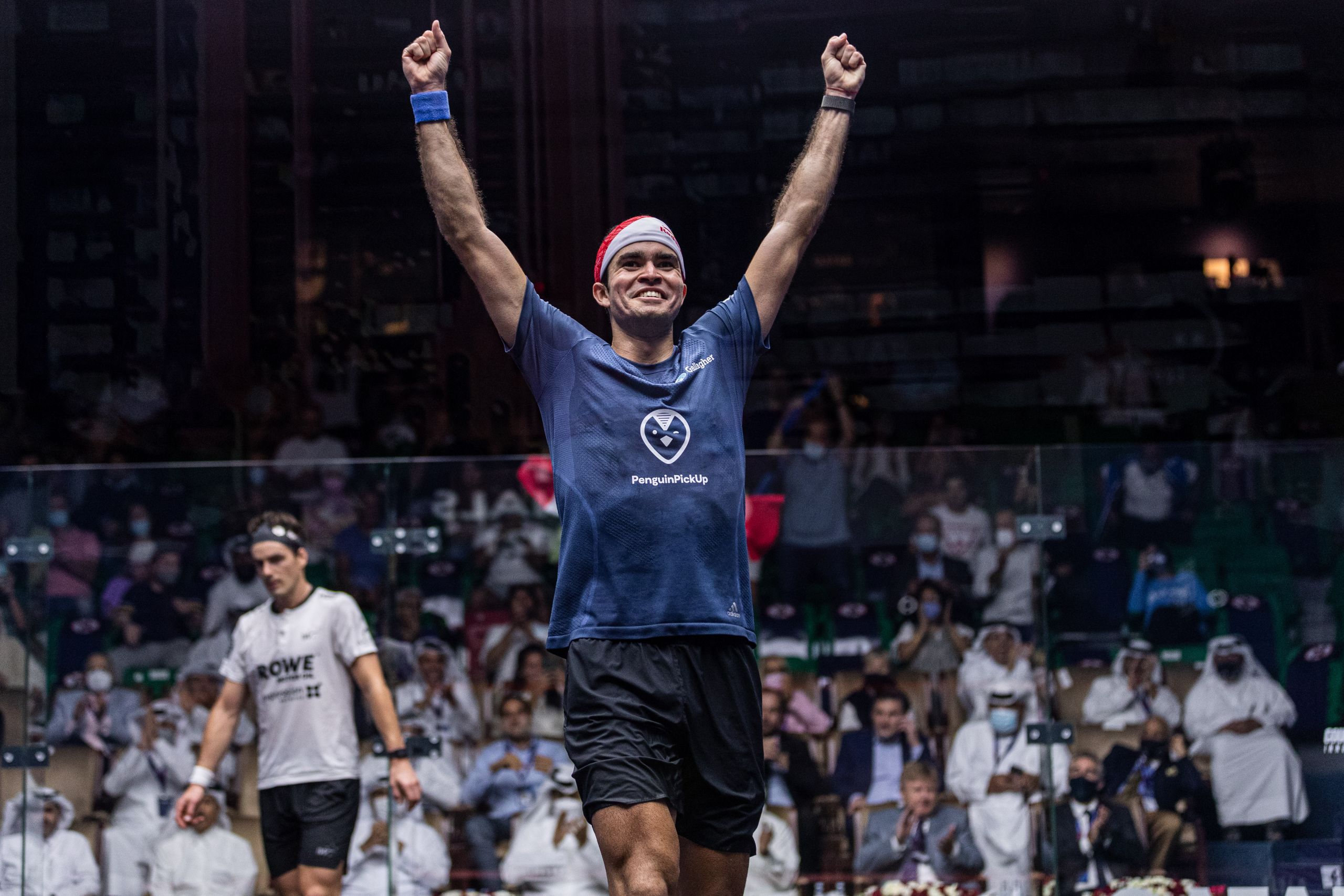 Diego Elias in action in the final

“Just very happy to be a Platinum champion for the first time. I have been trying for a long time now, so I am very happy and I want to thank all the organiser. This tournament is always the best, they treat us so well, it is incredible to be the champion here.

“Paul is my closest friend on Tour and it is the first time in forever that there are no Egyptians in a final, so we were very happy for that! He is such a great champion, he is an inspiration for anyone that plays squash, or any sport really. I am a massive fan too and I train with him too!

“I am very happy and I want to thank everyone who supported me since I started. My dad has been with me since the start. He has been my coach, and after that I started training with Jonathon [Power] for a long time. He has been a massive help as well so I have a great team with me! My physio that I have seen, they helped me be back here. In July I didn’t even know if I could play matches in a row, and now in October, to be a champion is just incredible. I am just very happy with this!

The next tournament on SquashTV will be the Canary Wharf Classic, which takes place at East Wintergarden, London from November 14-19.