The end of the year. The year-end of the tour. The Next Gen and ATP finals are the crowning achievement for many players on the tour. A result of hard work and consistency. For Dunlop it is no different. We are the official ball of the ATP Tour and we sponsor more tournaments on the ATP Tour than any other brand. So, we wanted to make a statement as the ATP finals joined the Next Gen Finals in Italy.

Taking place at the beginning of November at the Allianz Cloud arena in Milan, the Next Gen Finals showcased the best under 21 players throughout the year. The players weren’t the only thing being showcased though. Dunlop were there with a stand, table tennis tables and our very own super star in the making. Making appearances at all three of our event stands across the Next Gen and ATP Finals, the Dunlop mascot (still currently, unnamed) was grabbing attention every where they went. 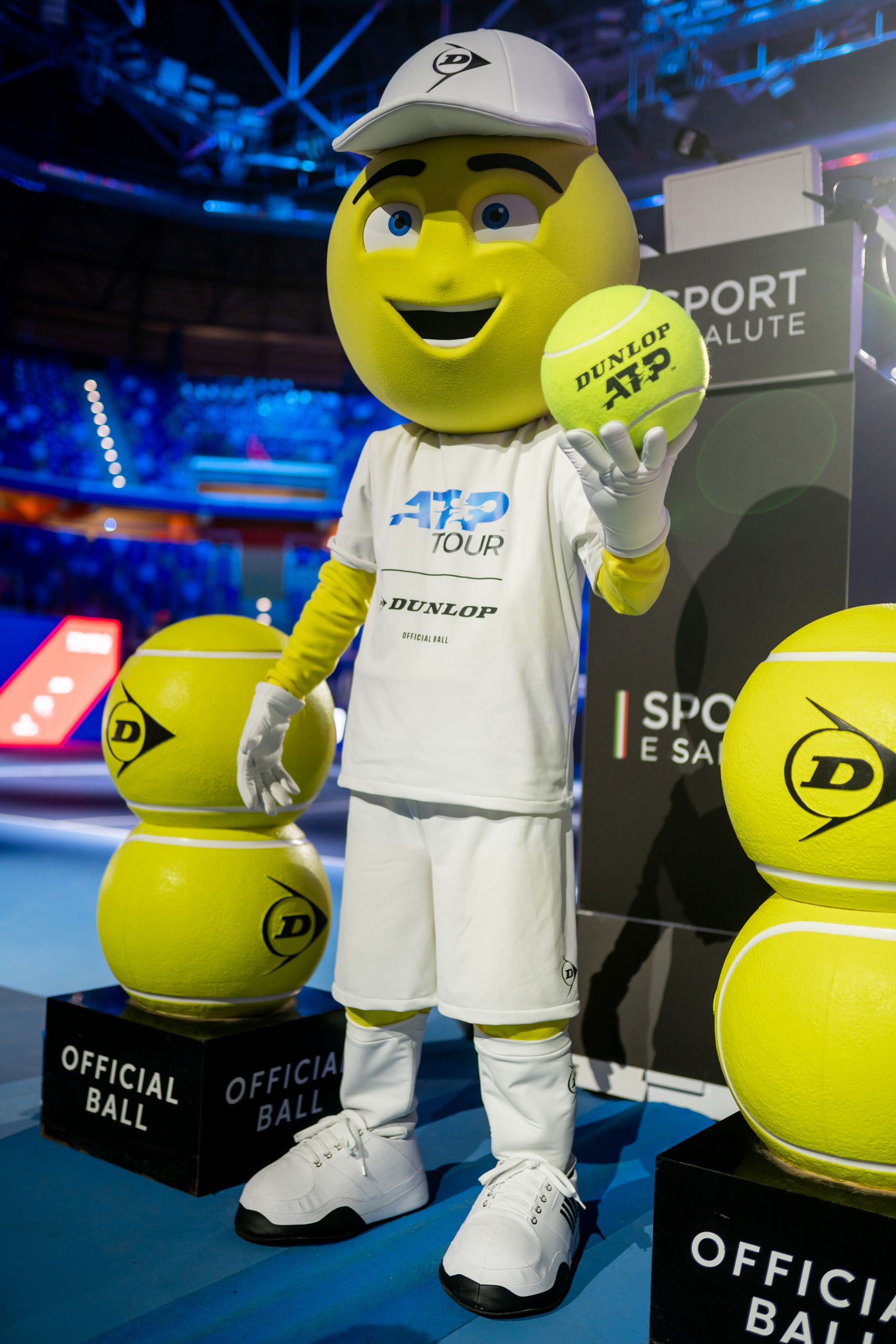 Just before the Next Gen Finals wrapped up there was a grand opening at the San Carlo Piazza in Turin. A beautiful event space created by the ATP to promote the ATP Finals in it’s first year in the beautiful Italian city. There the Dunlop stand attracted a huge crowd as the Dunlop Mascot took pictures with fans and played Tennis with a giant Tennis racket. It wasn’t solely the racket that drew the crowds though, the Dunlop stand had an accuracy challenge that saw queues of people attempting to throws balls into small holes to win a prize. It was a lot harder than it looked.

Finally, the ATP Finals themselves, which took place at the stunning Pala Alpitour, saw more Dunlop Mascot action. More giant rackets, more Dunlop branding and more Dunlop products as we provided the ball one last time in the 2021 season to players, to ensure the ATP Tour finished its season in the best possible way. 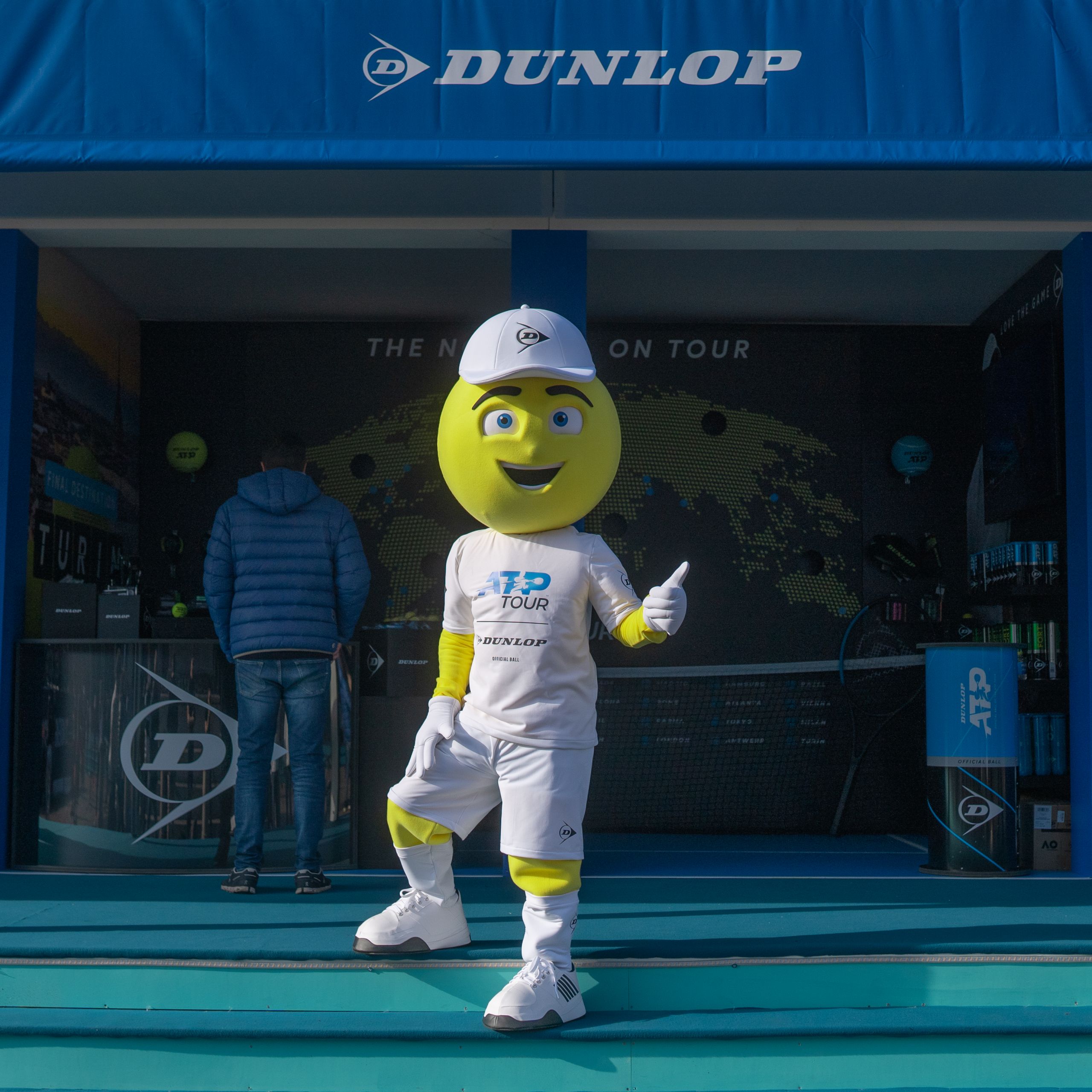