He’s back at it again. Ali Farag has been on quite the winning streak since he got his new Dunlop Sonic Core Revelation Pro, if we do say so ourselves. His latest victory saw him win the Oracle Netsuite Open in San Francisco and tightens his grip on the World No.1 spot.

Farag went up again fierce rival Paul Coll in the final and was made to work hard for the win in a Squash match that is definitely considered one of the best of the year so far. Something about Coll brings out the best in Ali Farag as the Egyptian has now beaten the New Zealander 15 times in their last 17 meetings. Farag took the match in four games, winning 3-1: 9-11, 12-10, 11-8, 11-8 in a lung busting 70 minutes.

While it still would have seen him win, Farag was thankful for the final being best of five as the rest of the tournament was a best of three event. 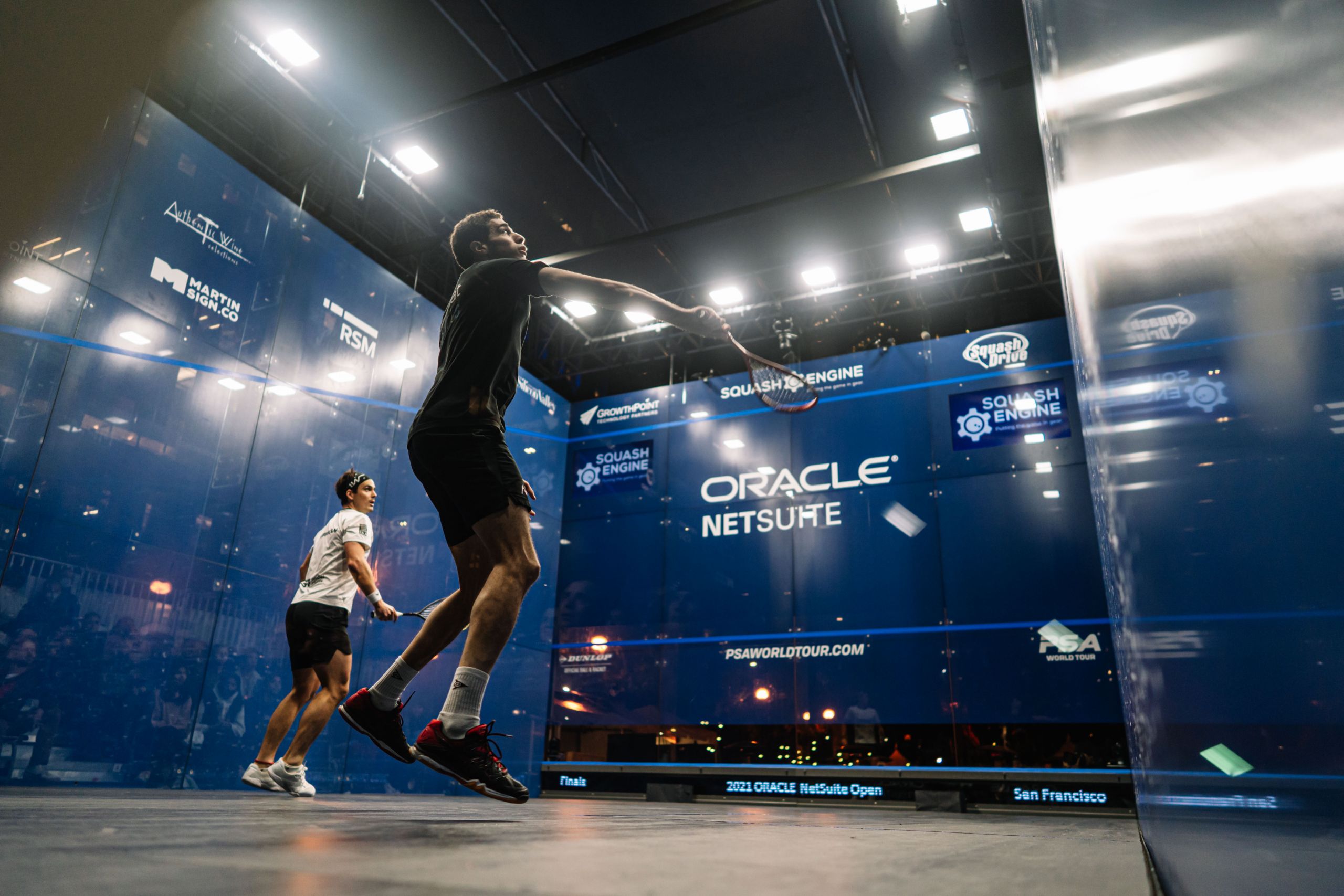 “I prefer the best-of-five for sure, it suits my game and I think Paul would agree with that. We both like to wear our opponents out. We are not the flashiest of players who go for attacking shots, but I think we both did pretty well this week to adapt,” Farag said.

“Both of us have struggled in the World Tour Finals in past years because of the best-of-three, but I think this week we showed we are improving. As he said, it is always enjoyable to be part of a match with Paul. You know it will be played with fighting spirit, picking all the balls up, I don’t know where he gets them from.

“As I always say, we always talk about his physicality, but his squash, his technical prowess and his technical ability, they are improving day by day, and they really are underrated. I am really proud to be a part of these matches and I am looking forward to a lot more in the future together.”

Next, we’re straight onto the US Open in Philadelphia.