“When I was younger, I used to watch the Qatar Classic and see all the great names of our sport lifting that trophy and I could only imagine standing there one day. To do it twice is an amazing feeling.” 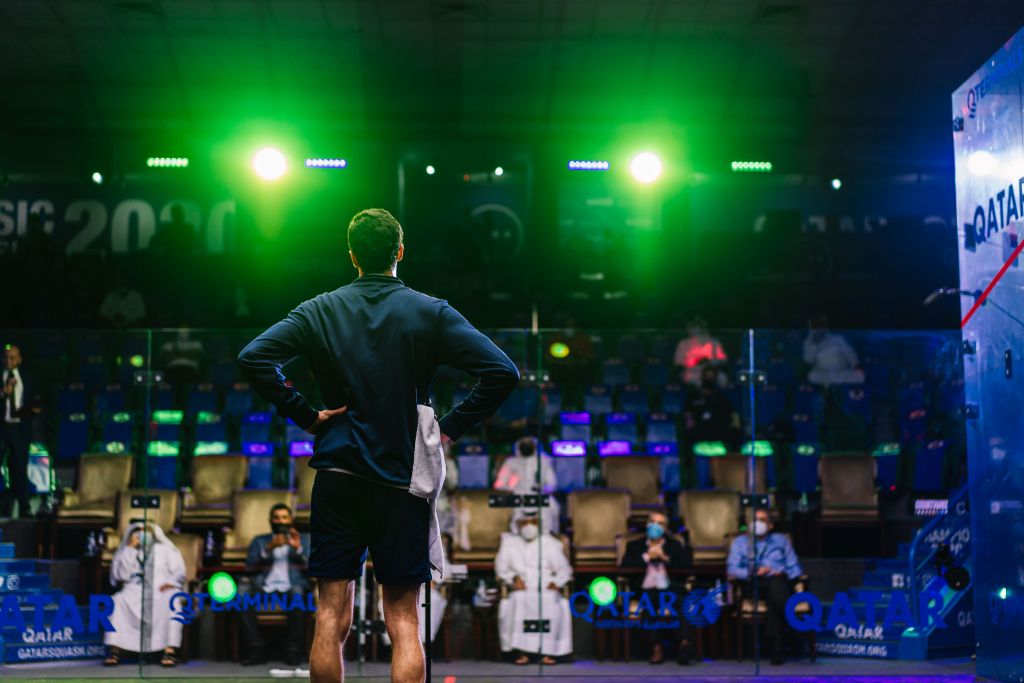 He is now the 4th man to pick up the Qatar Classic title twice and continues his strong form since the return of Squash after the forced break in the season.

It was a tough run for Farag as he faced two Team Dunlop players in the run up, knocking out both Eain Yow Ng followed by Diego Elias in a very close fought contest. Eain Yow himself had beaten out another Team Dunlop player in Declan James to face Farag in the first place. Farag proved too strong for them all as he beat Eain Yow Ng 3-0 ( 11-5, 11-7, 11-7) and then just scraped by Diego Elias, in a what was a really tight match and arguably Farag’s most difficult of the tournament, 3-2 (11-6, 6-11, 11-6, 9-11, 11-7). 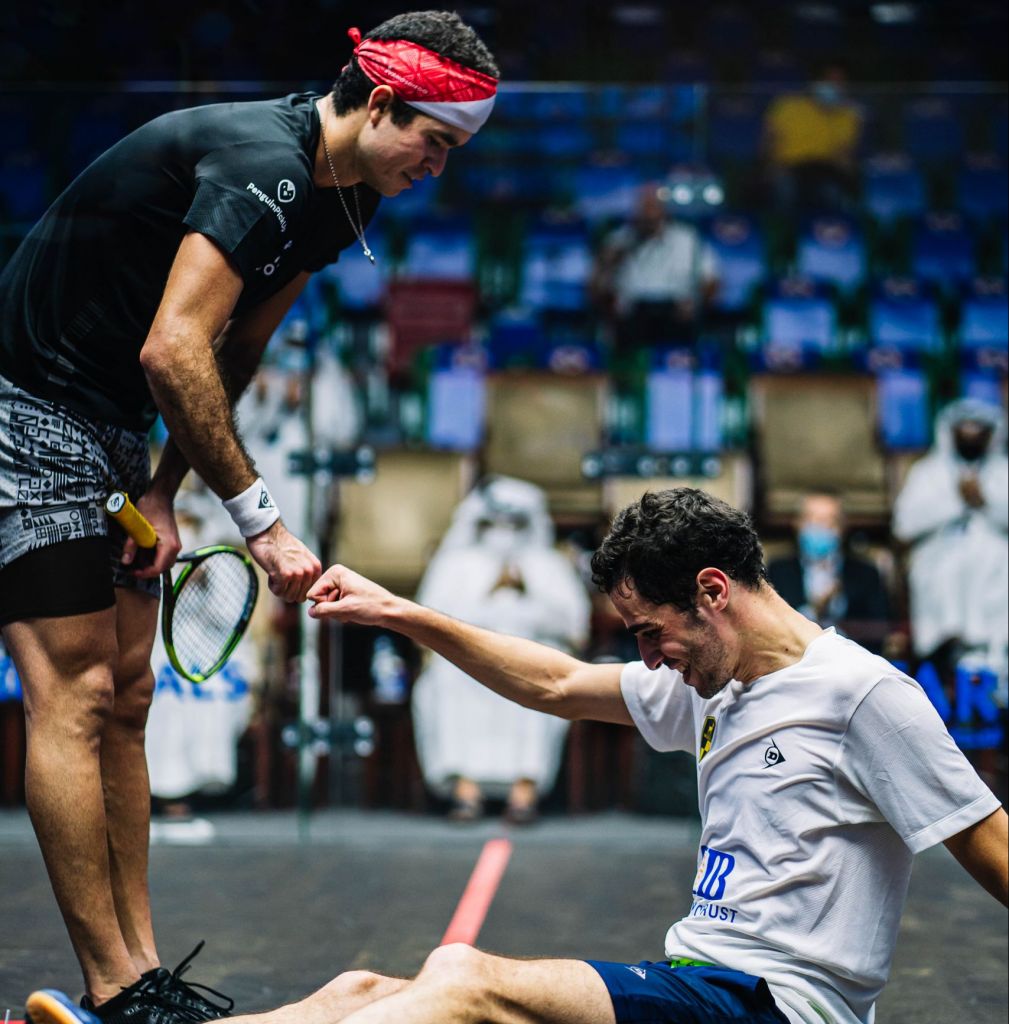 Farag takes home over $26,000 for his title win and also strengthens his lead on the men’s CIB Road to Egypt Standings. Platinum tournament winners will qualify for the season-ending CIB PSA World Tour Finals as well as the top eight players on the standings. Farag is currently the only man to qualify following wins at both the CIB Egyptian Open last month and today in Qatar.