A triumphant week for the Dunlop Squash team as Diego Elias took home a major title at the Manchester Open. It’s Elias’ 8th PSA world title atonly his second tournament of the entire season, having been out for 7 months with a hip injury.

“I’m really happy to be here and it’s my first first win on SQUASHTV, so I’m happy,” said Elias.

“I’m really happy with this tournament, I think it’s going to give me a lot of confidence. I was struggling with injuries, I had a problem in my hip at the start of the year, and I’m just really happy to be back playing here.”

Elia will look to take this form into the British Open an attempt to win the tournament for the first time. 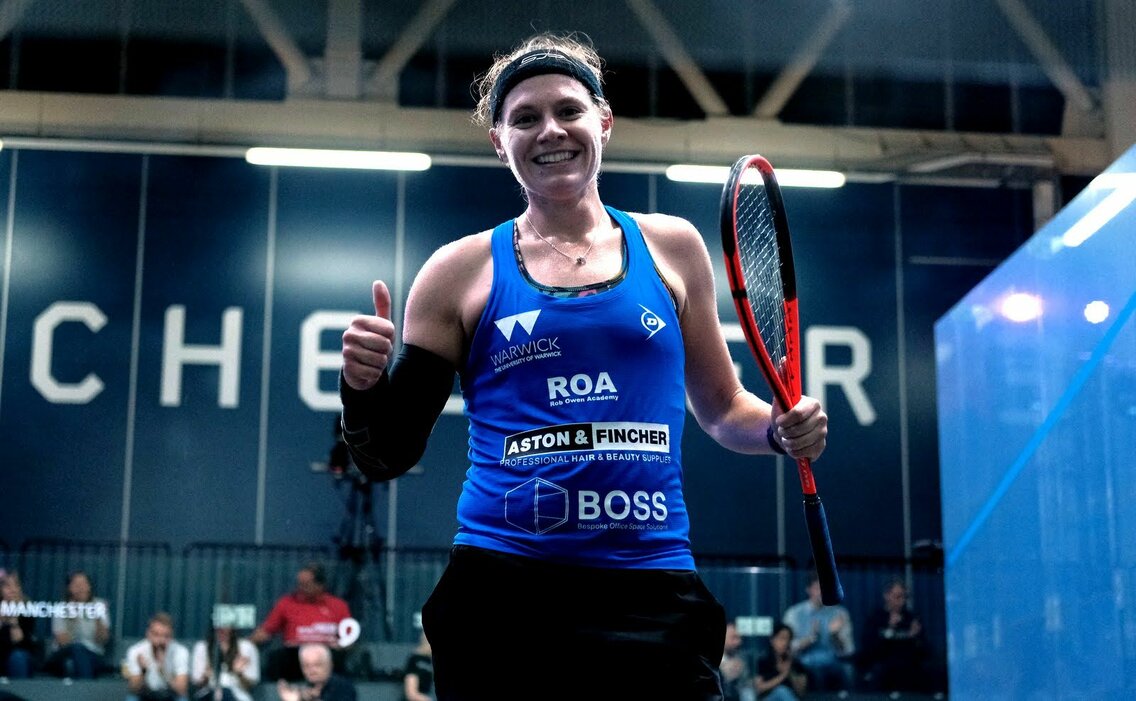 Elias wasn’t the only Team Dunlop player to make the final of the Manchester Open. Sarah-Jane Perry found herself right at the business end of yet another tournament. However, given her success in the National Championships the week prior, it was just a step too far for Perry as she fell 5-11, 9-11, 7-11 in just under 40 minutes.

It still caps a marvelous fortnight for the Brit who will take that confidence into the British Open and no doubt give anyone she face on the Squash court a run for their money.